Recently, GW affirmed that “Warhammer is for everyone” and that the Imperium of Man is satirical and not an “aspirational state.” GW was responding to a fringe of the Warhammer Community that has reinterpreted the Imperium as White supremacist fantasy.

Of course, any right-thinking person is opposed to racial or religious discrimination and equally opposed to any political philosophy based on such discrimination. In the name of full disclosure, as a Jew, I would definitely be a target of those GW is shunning, and I support GW’s position on this.

With that said, I think the statement begs the question, “Is the Imperium the baddies of the 40k galaxy?” To answer that, we first have to define ‘aspirational state.’ Without fear of contradiction, I think it can be said that the no sane person would set out to create a government like the Imperium. Science fiction is full of idyllic aspirational states – ranging from the United Federation of Planets, the Galactic Republic, and even the Third Imperium of Traveller fame. The Imperium of Man fades the trend of science fiction orthodoxy from 1960 to 1990 and presents us with a decidedly dystopian future.

However, the Imperium may represent an unpleasant response to an unthinkable alternative. The common criticisms of the Imperium seem to ignore that fact.

The most common criticism of the Imperium of Man is that it is racist. That is not really accurate, however. The Imperium is xenophobic – with Xenos being literal aliens. Racism, as we currently understand the term, is a dead letter in the Imperium of Man. Catachans, Cadians, Vostroyans, Valhallans, Atillans, Tanith, Volpone, etc., all work together without racial animosity. Indeed, Valhallans will eagerly rush to the aid of Cadians, or any other threatened human population, without hinting at a racist division. Ironically, the Imperium seemingly eradicates racism within and against any human demographic.

Xenos – both alien and unsanctioned mutants – is a different story but is that unreasonable given the setting? I would argue it is not. Look at who the aliens are:

Only by maintaining vigilance and a healthy distrust of all things non-human can the Imperium hope to protect humanity in a galaxy where literally no one is friendly to mankind and has never been friendly. Given such a setting, an aspirational state like Star Trek’s United Federation of Planets would last about ten minutes. Even the Galactic Empire, far from an aspirational state, would be hard-pressed to hold the non-human factions of the 40k galaxy at bay.

What are humanity’s alternatives? No accord is possible with the Orks, Necron, Dark Eldar, or Tyranids. Any treaty with the Tau or Eldar would be short-lived and one of convenience at best. Even among humanity’s enemies, no true alliances exist, though this is a good thing for mankind.

The Imperium is a theocratic nightmare. One could argue that the theocratic nature of the Imperium is unnecessary, but historically, humanity lived under one state religion or another. The American concept of separation of church and state is relatively new, less than 250 years old as of this writing. Even in western states like the UK, Denmark, and Greece, there is a state religion, albeit no one is compelled to belong to it anymore. In most of the world, the state religion has special privileges or is mandatory for citizens, such as in most of the Islamic world, Saudi Arabia and Iran being typical examples. In the People’s Republic of China and the Russian Federation, only recognized religions or atheism are permitted though, ironically, the Russian rules are more open-minded than their Chinese counterparts. By contrast, the Ecclesiarchy is a rather ecumenical organization. Identification of the Emperor as the god-head is required, but other than that there is a great diversity of religious opinions within the Imperium of Man. While it may sound odd to associate the Imperial Creed with tolerance, the Ecclesiarchy is far MORE tolerant of diverse viewpoints than the Imperial Truth it replaced.

The Imperium is a bloated, uncaring bureaucracy. This criticism has the virtue of validity, however historically, the longer a government exists the more hidebound and bureaucratic it becomes. The longest-lived form of government ever is the Republic of Venice, while neither a republic nor a kingdom but more a commercial oligarchy, which lasted for exactly 1,100 years. The longest continuously existing current nation is the United Kingdom, at 936 years. The longest-lived republic is the United States of America at 244 years and counting. The Imperium, by contrast, is over 10,000 years old – one would expect it to be extremely bureaucratic and insular at that point. While the Orks eschew bureaucracy (or any form of order) that doesn’t make them morally superior. The Tau form of government is similar to that of the Traveller Imperium with the Ethereals replacing the Imperial nobility but they are also pretty bureaucratic and their government is much younger than the Imperium of Man. Arguably, the Tau are at least as racist (speciesist?) as the Imperium – they are just less honest about it.

The Imperium is exploitive of its citizens. It is, but that can be said of most governments. As Thucydides once said, “the strong do what they will and the weak suffer what they must.” It is unpleasant, but true in every human society, including our own. There is no reason to believe this will change in the future.

The Imperium is fascist. This criticism seems to come from those who like to label anything they do not like as “fascist.” However, fascism is a real-world political ideology proposing a highly centralized totalitarian and nationalistic government that strictly controls finance, industry, and commerce, practices rigid censorship and racism, and eliminates opposition through secret police. The Imperium is not centralized at all, the Imperial government could not care less how individual planets are governed as long as the taxes are paid and troops are provided to the Imperial Guard. The Imperium does not regulate finance or interplanetary trade (the Navis Noblite has more to do with that,) the Imperium is not racist in the conventional sense as it views all human lives the same (albeit this means equally expendable.) Industry and finance are largely local affairs, although the Adeptus Mechanicus maintains a monopoly over technology. The Imperium has a state religion, but that doesn’t make it fascist – Germany had no state religion 1932-1945, it just outlawed Judaism. Catholicism, Lutheranism, Islam, Neo-paganism, Low Church Protestants, and atheists were all acceptable to the Nazis. The Ecclesiarchy is decidedly ecumenical and far more tolerant than the medieval Roman Church upon which it is based. The Imperium is authoritarian and will not tolerate political dissent from Imperial military or foreign policy (often one and the same – a state of continual war) but it is not fascist – it is feudal.

The Imperium is a police state. It depends on what planet. Cadia was a military dictatorship, Tanith was a clan-based confederation, Lyubov is a constitutional monarchy, Balahaut is an oligarchy… there is no one size fits all government in the Imperium.

Critics point to the Inquisition and claim it is a whitewash of the infamous Catholic organization of the same name. It is not. The Imperium is NOT Christian and the inquisition is not interested in religious differences between local versions of the Imperial Cult. The Ordo Malleus is concerned with those who treat with dangerous warp entities, a reasonable concern given the background of the universe. The Ordo Xenos is interested in dealing with alien threats, again, entirely reasonable in the 40k universe. The Ordo Hereticus are tasked with protecting humanity from itself, by combating such internal threats as treason, mutation, heresy, apostate members of the Ecclesiarchy and unsanctioned psykers, colloquially known as “witches” across the Imperium. Heresy in this context is in not adhering to the one rule of the Ecclesiarchy – veneration of the Emperor – or adhering to any non-Imperial source of authority. The concept is similar to the Imperial Cult of the Roman Empire which was essentially worship of the state – a concept that would be very familiar to citizens of the Soviet Bloc, Red China, North Korea, or dozens of other modern states. This makes the Imperium theocratic, but hardly a police state on the interstellar level.

Are the Imperium the Good Guys? No, but they aren’t the bad guys either. The Imperium is dystopian, and largely dysfunctional but it is a reasonable response to the universe presented by Warhammer 40k. 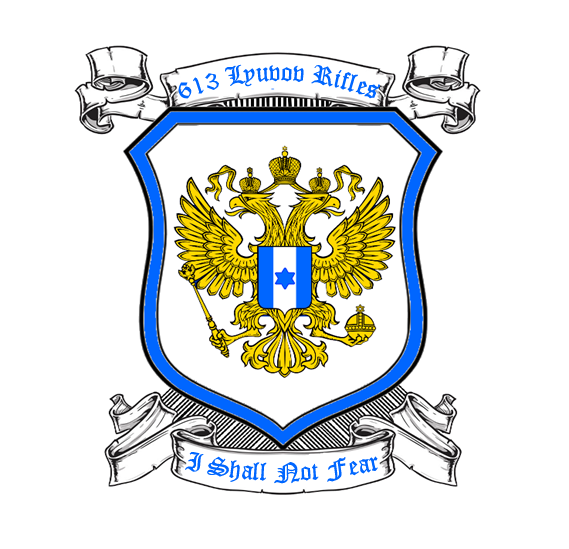